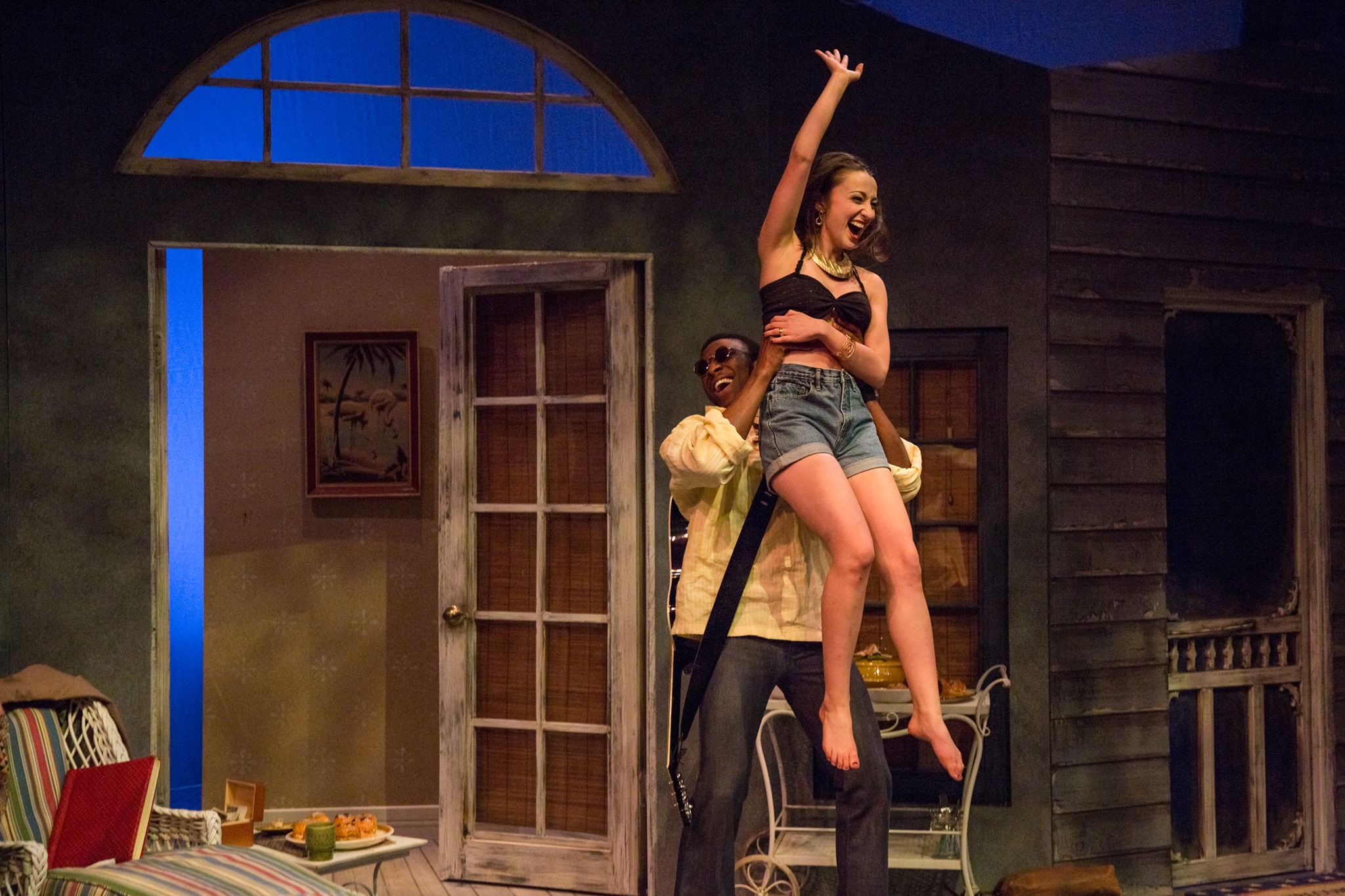 Abdul Seed and Elizabeth Yancy in Fifth of July, 2019

The collaborative MFA Professional Actor Training Program between Cleveland Play House and Case Western Reserve University is a three-year program which is housed in the Play House complex. This intimate program is designed to train a theater artist capable of performing skillfully in a variety of roles from contemporary to classical genres, and to provide both technical skills and an aesthetic sensibility for a successful career in the professional theater.

Throughout the three years of training, the acting, voice, speech, and movement teachers work in concert to assess the individual student’s progress, and integrate the various disciplines in ways that will create maximum flexibility, freedom of expression, and dynamic range, all geared toward instilling the skills, discipline and an aesthetic of craft which will produce a distinctive and effective actor able to encompass the full range of professional demands.

These objectives are pursued in an environment that integrates the educational, artistic and professional resources of one of the oldest academic theater programs in the United States (Case Western Reserve University) and the nation’s first regional theater (Cleveland Play House).

The program accepts a class of eight actors every other year. These students will spend each year of their study in classes at the Cleveland Play House. The small class size, and the fact that students are accepted only every two years, allows the program the flexibility to tailor curriculum and performance experiences to suit the specific training needs of each class and individual student.

In the first year of study, students are immersed in intense and rigorous classes in Acting (Contemporary Techniques), Movement, Voice, Speech (Stage Speech/IPA), and Text Analysis culminating in an end of year performance in the Helen Theatre at CPH.   The apprenticeship with CPH begins this year with classes/workshops with resident and visiting artists, introductions to all incoming casts, directors and designers, and Company status at all CPH functions. 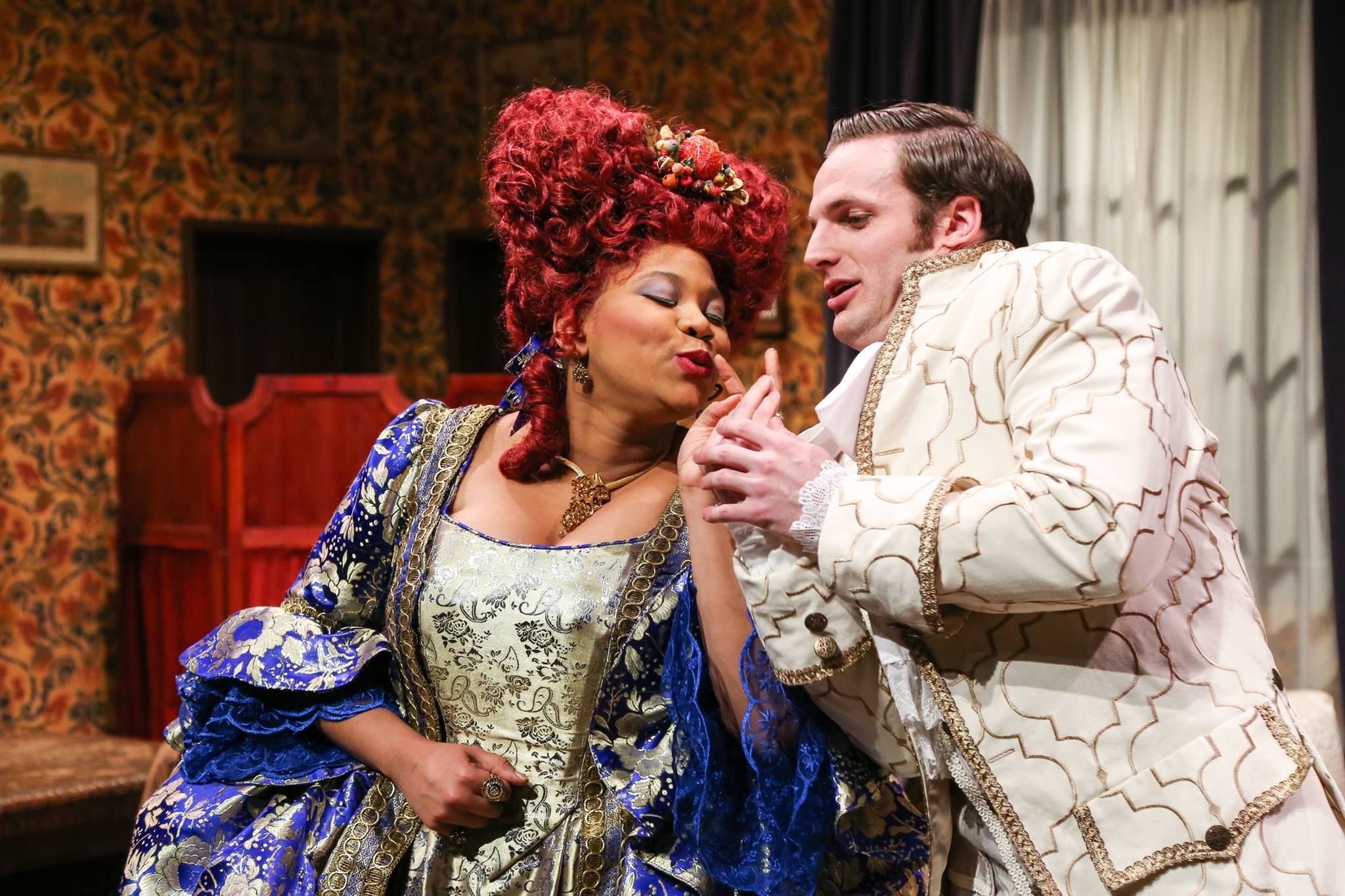 Mariah Burks and Peter Hargrave in She Stoops to Conquer, 2017

The third year MFA students perform in their fourth production at the Helen, and appear as cast in the season at CPH. Depending on the extent of mainstage opportunities, other performances are developed, such as workshop productions and/or fully staged repertory presentations. At the end of the third year of the program, MFA candidates present a showcase audition for producers, agents and casting directors in New York City.

Upon successful completion of the program, the student is awarded a Master of Fine Arts degree in Acting, along with the opportunity to join Actors’ Equity Association, either through accumulation of weeks through the Equity Membership Candidate program, or through assignment of an AEA contracted role.

The MFA in acting is a terminal pre-professional degree. Candidacy for the program requires an undergraduate degree with (ideally) a major in theater, equivalent training and experience, or demonstrable potential for work at the MFA level. In addition, candidates must provide evidence of technical skill and creative ability.

At the end of each semester in residence, the student’s skill and creative ability are evaluated in light of his or her work in the department. Only students who have clearly demonstrated growth and excellence are permitted to remain in the program. The award of the MFA degree is contingent upon the student’s academic progress and upon the assessment on the part of the faculty that the candidate possesses the potential to work in the field of theater on a professional level.

Requirements for the MFA degree include:

Course requirements and credit hours for the MFA in acting are as follows:

Audition Procedure for MFA Class Entering in the Fall of 2023 (next class accepted Fall 2023).

We begin accepting applications on September 1, 2022 for auditions in December 2022 – February of 2023. These auditions are for the class entering in the Fall of 2023.

We ask you to visit HERE in order to upload application materials.

We ask you to prepare two contrasting pieces (one Modern, one Shakespearean Verse) with a combined time of no more than four minutes in length.

Please go to our application page HERE for all pertinent information.

— There is no audition fee —

The Case Western Reserve-Cleveland Play House MFA in Acting Program provides each graduate student with complete financial support. The yearly financial package consists of a full tuition waiver and a competitive stipend (spread over the 9 months of study) for 3 years.